The Dutch Presence in Tobago & The West Indies

The Philipsburg Jubilee Library in close Collaboration with The Embassy of the Kingdom of the Netherlands in Trinidad and Tobago, with the Scarborough Harbour 1677 Rockley Bay Research Project.

The National Trust of Trinidad and Tobago, and Tobago Library Services present a virtual lecture series exploring the Dutch Colonial legacy in Tobago and the West Indies 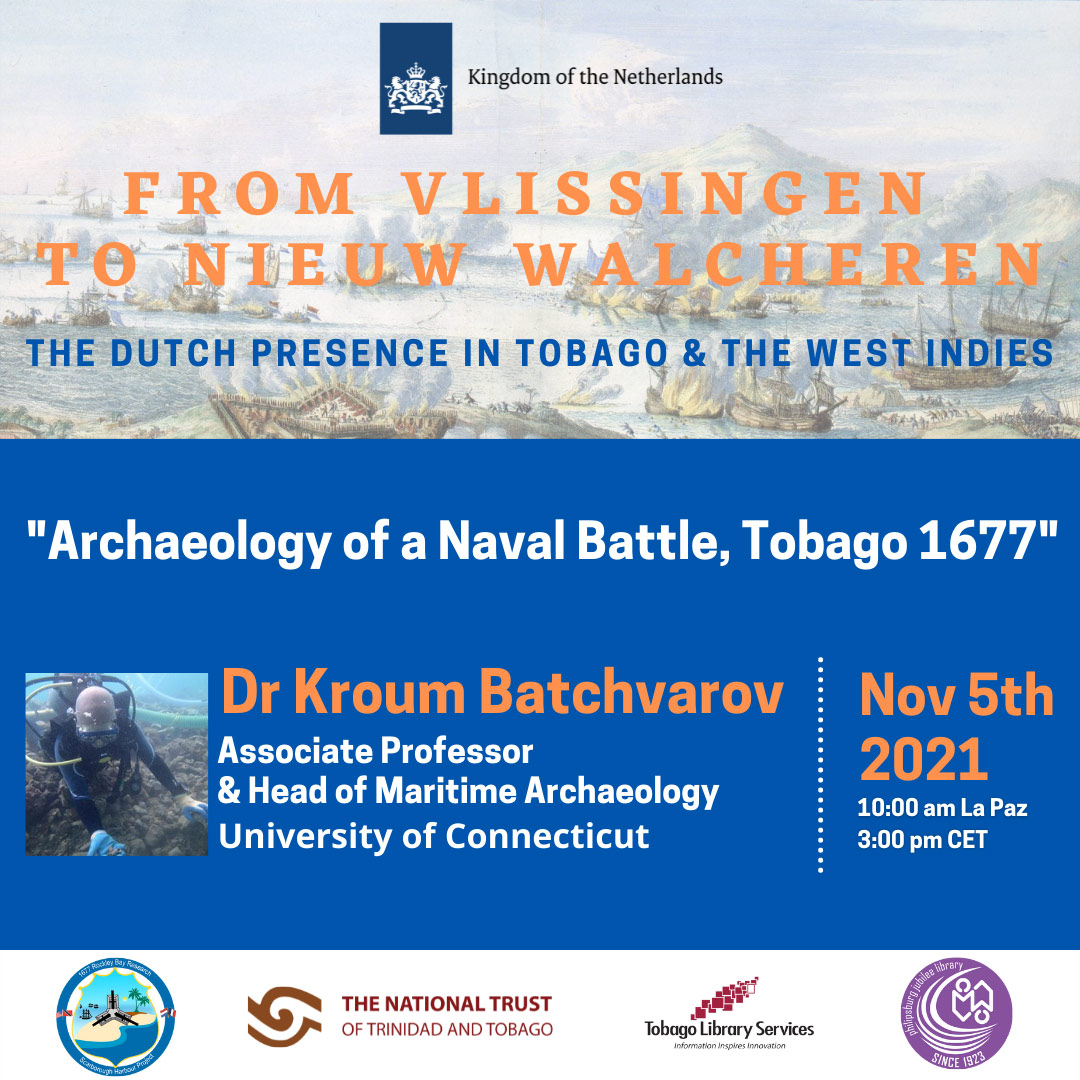 Event details.
The history of Tobago is undoubtedly one of the most chequered and dramatic of any island in the West Indies. The island’s strategic position made it a prize for European nations vying for influence on the South American coast and The Caribbean Sea. For this reason, Tobago was fiercely contested by the First Peoples, Spanish, Dutch, Courlanders (Latvians), French and British during the 17th century and beyond. As a result, the island’s cultural heritage shows a blend of influences from many corners of Europe, enriched by First Peoples and transferred African traditions. Tobago’s Dutch story began in 1628 when 68 colonists founded Fort Flushing, near today’s Plymouth, and renamed the island Nieuw Walcheren after a region located in the Dutch province of Zeeland. For half a century, the Dutch fought fervently to retain a foothold in Tobago. However, designs of a lasting colony ended at the Battle of Rockley Bay in 1677, one of the largest and most significant naval battles of the 17th century. Join us as we explore this legacy in the lecture series: “From Vlissingen to Nieuw Walcheren: The Dutch Presence in Tobago & The West Indies.

Library Sponsors & Supporters
Like these organisations, support St. Maarten's Culture and Youth and become a Sponsor!